The Exciting History and Evolution of Extended Reality (XR)

Did you know the origins of extended reality (XR) – the spectrum of immersive technologies that includes virtual reality (VR), augmented reality (AR) and mixed reality (MR) – stretch all the way back to the 1800s? In this article, I take a whistle-stop tour through the key milestones in the evolution of XR.

In 1838, scientist Sir Charles Wheatstone outlined the concept of “stereopsis” or “binocular vision”–where the brain combines two images (one from each eye) to make a single 3D image. This led to the development of the first stereoscopes, devices that took a pair of images and turned them into a 3D image with the illusion of depth. Stereoscopic displays are used in today’s VR systems to bring a sense of depth to digital images – enhancing the feeling of immersion.

Now we jump forward a bit to 1935 when American science fiction writer Stanley Weinbaum published Pygmalion’s Spectacles, in which the main character explores a fictional world using a pair of goggles. This was the first prediction of VR as we know it today.

Across the 50s, 60s, and 70s, we saw early examples of VR and AR technology in action:· In 1956, cinematographer Morton Heilig created Sensorama, the first VR machine. This movie booth combined 3D, color video (using the stereoscopic technology I've already mentioned) with audio, smells, and a vibrating chair to immerse the viewer in the movie. Heilig would patent the first head-mounted display–combining stereoscopic 3D images with stereo sound – in 1960.

Building on Heilig’s idea, engineers from Philco created the Headsight headset in 1961. Designed for military use, this was the first VR headset with motion tracking technology.· Also in the 1960s, computer scientist Ivan Sutherland presented a paper outlining his concept of the “Ultimate Display,” a virtual world so realistic that the user wouldn’t be able to differentiate it from reality. This is widely considered the blueprint for modern VR.· And in 1968, the first AR headset was created by Harvard professor Ivan Sutherland. Called “The Sword of Damocles,” the headset displayed computer-generated graphics that enhanced the user’s perception of the world – an early precursor to today’s AR experiences.·        Moving into the 1970s, MIT created Aspen Movie Map, a computer-generated tour of the streets of Aspen, which was created using photographs taken by a car driving through the city. (Sound familiar, Google?) This experience was arguably the first to show how VR could transport users to another place entirely.

In the 1980s, new technology emerged to enhance the VR experience. The first company to sell VR goggles and gloves, VPL Research Inc, founded in 1985–and it was one of VPL’s founders, Jaron Lanier, who coined the term “virtual reality” in 1987. (The term “augmented reality” was coined in 1990 by Boeing researcher Tom Caudell.) Then along came VR arcade machines in the early 1990s, like the SEGA VR-1 motion simulator. And by the mid-90s, affordable VR headsets were becoming available for home use.But what about AR? In 1998, Sportsvision broadcast the first live NFL game with the yellow yard marker (a yellow line overlayed on top of the live camera feed). It was a game-changer, and the idea of overlaying graphics over the real-world view quickly spread to other sports broadcasting.

I’ll skip the early 2000s because it was a quiet time for XR technology. (Although introducing Google Street View in 2007 arguably ties in with VR, since it allows users to visit a different place.) But from 2010 onwards, XR technologies really gained momentum. Some of the key highlights from this decade include:· In 2010, 18-year-old Palmer Luckey created the prototype for the Oculus Rift VR headset. With its 90-degree field of vision and use of computer processing power, the revolutionary headset reignited interest in VR. A Kickstarter campaign for the headset later raised $2.4 million, and Luckey’s company Oculus VR was gained by Facebook in 2014 for around $2 billion.· Also in 2014–a busy year for XR–Sony, and Samsung announced they were creating their own VR headsets. Meanwhile, Google released its first cardboard device, a low-cost cardboard VR viewed for smartphones, and unveiled its Google Glass AR glasses, which overlay digital information onto the real world and allow users to access apps like Gmail. Consumer response to Google’s AR glasses was lukewarm–users were dubbed “glassholes”–but Google would have more success with enterprise editions of Google Glass.·        Then, in 2016, Microsoft released its HoloLens headset, which took the idea of AR to a new level by creating a more interactive experience (hence, the phrase “mixed reality”). This was also the year in which the Pokémon GO game bought AR into the mainstream. By the end of 2016, hundreds of companies were developing VR and AR experiences.· In 2017, we saw an early application of AR in mainstream retail, with the release of the IKEA Place app, which lets users see how furniture would look in their home before they buy. 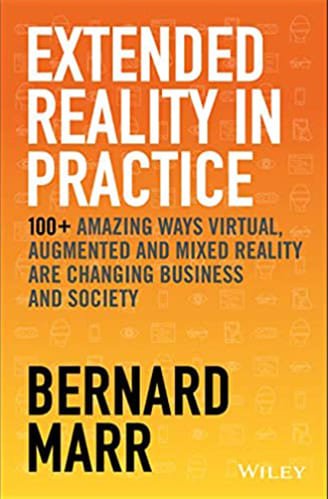 By 2020, the use of VR, AR, and MR had quickly extended to a wide range of industries. Today, I’m seeing the adoption of XR technologies across sectors as diverse as manufacturing, education, healthcare, construction, and even law enforcement.

This widening of XR applications is critical to the evolution of XR, because it proves that XR is no longer just for gaming and entertainment. I can't wait to see how these technologies evolve in the future and become even more mainstream.